We will evaluate the value of the globally available climate information from C3S_422_Lot1_SMHI for producing local CIIs for transportation in Eastern Siberia for present and future. Mean annual air temperature in Yakutsk has increased from -10.4 °C (1951-1978) to -8.7 °C (1979-2012). River ice thickness at the Lena River near Yakutsk has decreased in March and April for the period 1955-2015 by 27-49 cm, which implies a reduction of safe ice crossing operation season. Although both ground temperature and thawing depth are stable for the period 1982-2012, the projected future climate warming could lead to deepening of thawing depth and cause ground subsidence, road damage and collapse in some environmental settings. We will conclude about applicability of impact models to assess CIIs based on global and local data. Combination of local data and verified impact models contributes to successful usage of the climate service on local scale. CIIs will contribute to decision-making process regarding transportation policy and investment into roads maintenance. Absence of existing long-term strategy of adaptation to climate change on local and regional scale in Yakutia limits to some extent, the quick practical applicability of produced CIIs but makes them useful for development of such strategy.

Importance and relevance of adaptation

Traditional methods of ground heat stabilization (e.g. thermosyphon) are current adaptation measures for road stability in permafrost regions. They are typically installed without consideration of possible climate-induced changes in the future. Conventional techniques of hydrological forecast are used for assessment of expected navigation period length and river ice thickness. Such methods and techniques were developed solely on historical data although local communities notice climate change influence on their life. In winter 2016-2017 winter roads in North-Eastern Yakutia were opened in March only that didn’t allow accomplishing of Northern Supply plan in full. Long-term adaptation strategies could be developed on the basis of CIIs produced using global climate data from the climate service, impact models and local up-to-date data.

Pros and cons or cost-benefit analysis of climate adaptation

The probable adaptation measure to shortened ice roads seasons and thinner ice conditions is an increased investment into artificial ice freezing at the ice crossings. The most popular and well-known method is ice-building by watering with the Grad (“hail”) sprinkling machine. Another possible measure is to prolong the ferry navigation season to October, that is subject to high year-to-year variation and danger of ice formation on the ferry when operating at low temperatures. Longer periods between the end of ferry use due to ice freeze up and formation of ice cover thick enough for driving, imply substantial higher costs for operating hovercrafts for people transportation and delivery of goods by air.

Ground subsidence, road damage and collapse due to deeper ground thawing lead to temporal road closure, higher investments to road repair and danger of accidents. Potential adaptation measures include implementation of special techniques for ground thermal stability such as thermosiphon cooling and winter snow removal. Additionally, road constructions in particular environmental settings such as areas where risk of ground subsidence due to thawing is high, should be reconsidered.

Government of Sakha (Yakutia) republic has recently started preparation of draft of the bill about protection and preservation of permafrost (version from Dec 2017, source: State Assembly of the Sakha Republic). The document discusses possible risks of permafrost thaw and related damages of roads and other infrastructure in Yakutia. Scientists from the Melnikov Permafrost Institute (MPI) consult policy-makers about tendencies, present and future states of frozen ground in different natural settings. The expected CIIs and conclusions about road stability in different landscapes of Central Yakutia could be a useful input for the bill. Preparation of such document on the governmental level highlights the importance of possible climate change influence for local policy-makers and stakeholders. 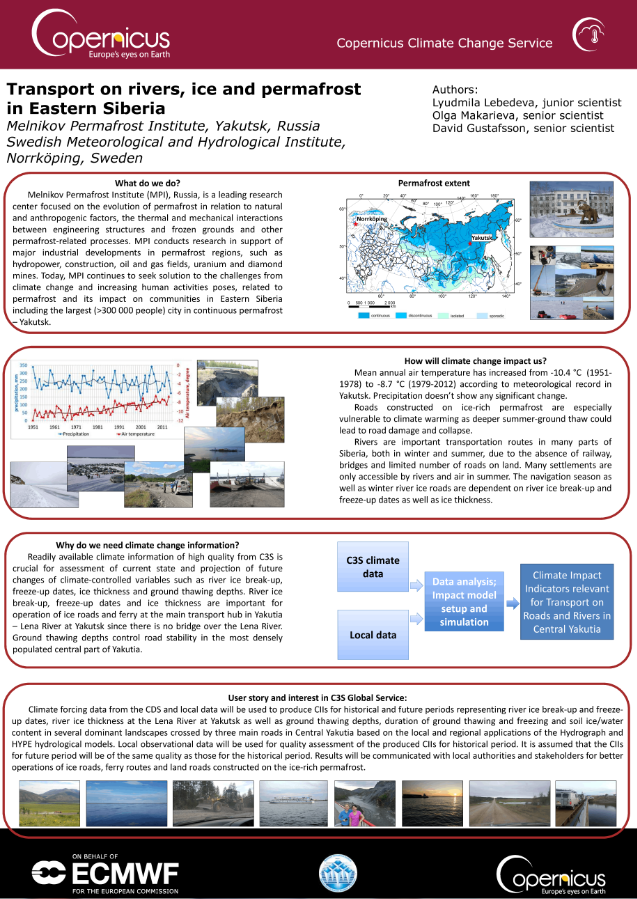 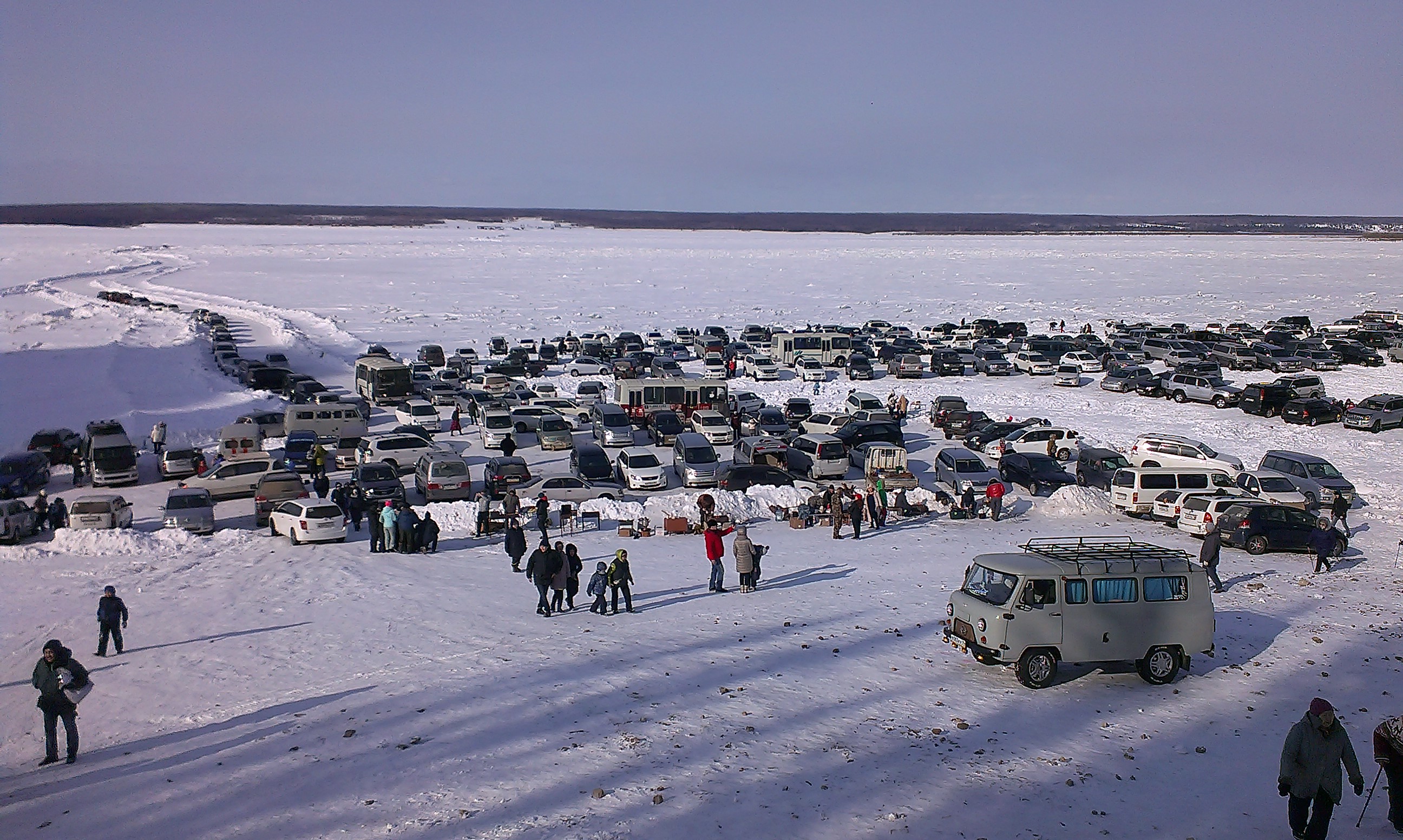